Heikki brought something different to the last club night, a smashing board game called U-boot.

It is a co-operative game for 2-4 players who are trying to keep a German submarine afloat. Our first mission was a success. 20,000 tons sunk, and as the navigator I got lost only twice.

The game relies on an app to act as the umpire, you can also view the periscope with your phone or tablet.

We recommend the game, everyone had a great time. 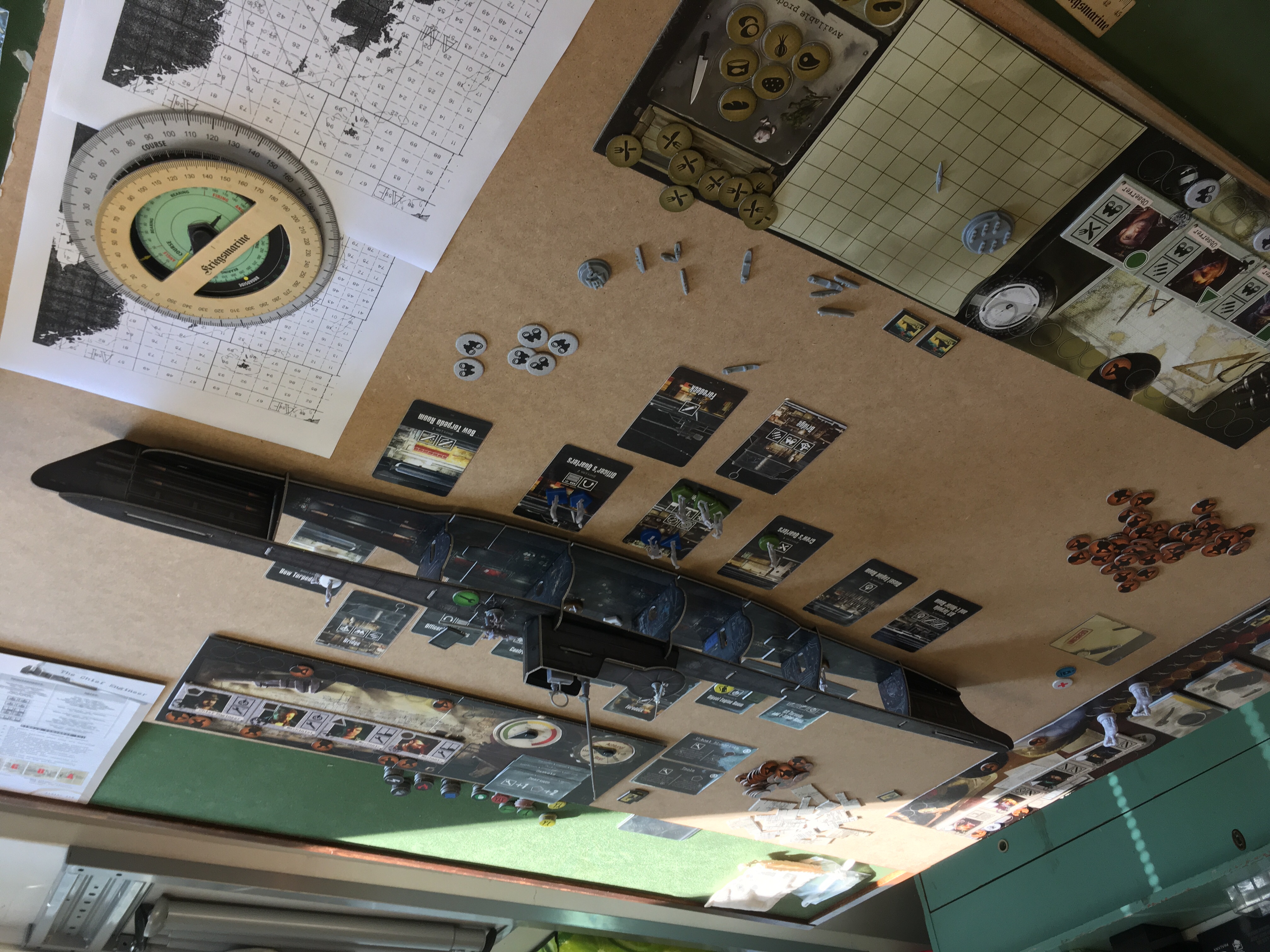 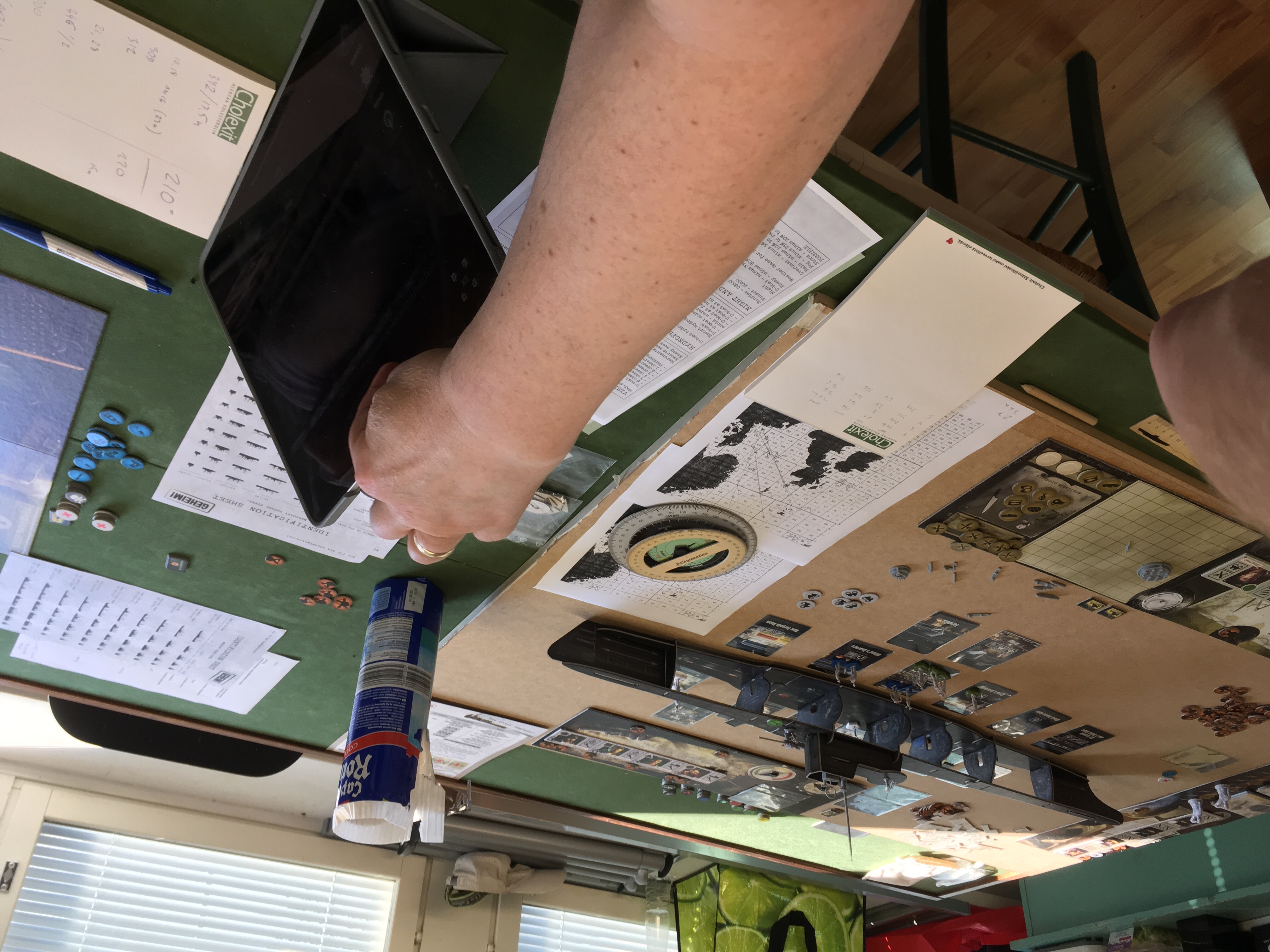