Spanish Militia Uniforms in May 1808

Spanish Militia Uniforms in May 1808 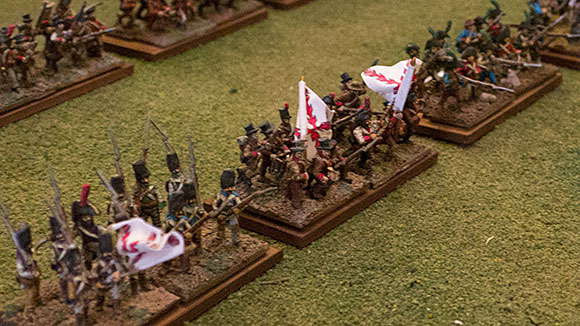 This is a list of the uniform colours of Spanish Militia and Provincial Grenadier battalions in May 1808. It is based on a scan of a primary document I found on the website of the Ciudad Real tourist board, and I have translated (imperfectly, I’m sure) the main table here. Most of the battalions are dressed (at least temporarily) in brown uniforms, which at least to me came as a surprise, since I thought that the units would have had white (or the earlier blue) uniforms still at the start of the war.

The “Old” uniform is white 1790s pattern, “Middle” refers to the blue coat of the 1802 pattern, and the “New” is the white 1806 pattern. All units had red cuffs, collars, lapels and turnbacks.

All of the battalions were listed as being well armed.

Albatros D.III – Model of the Day