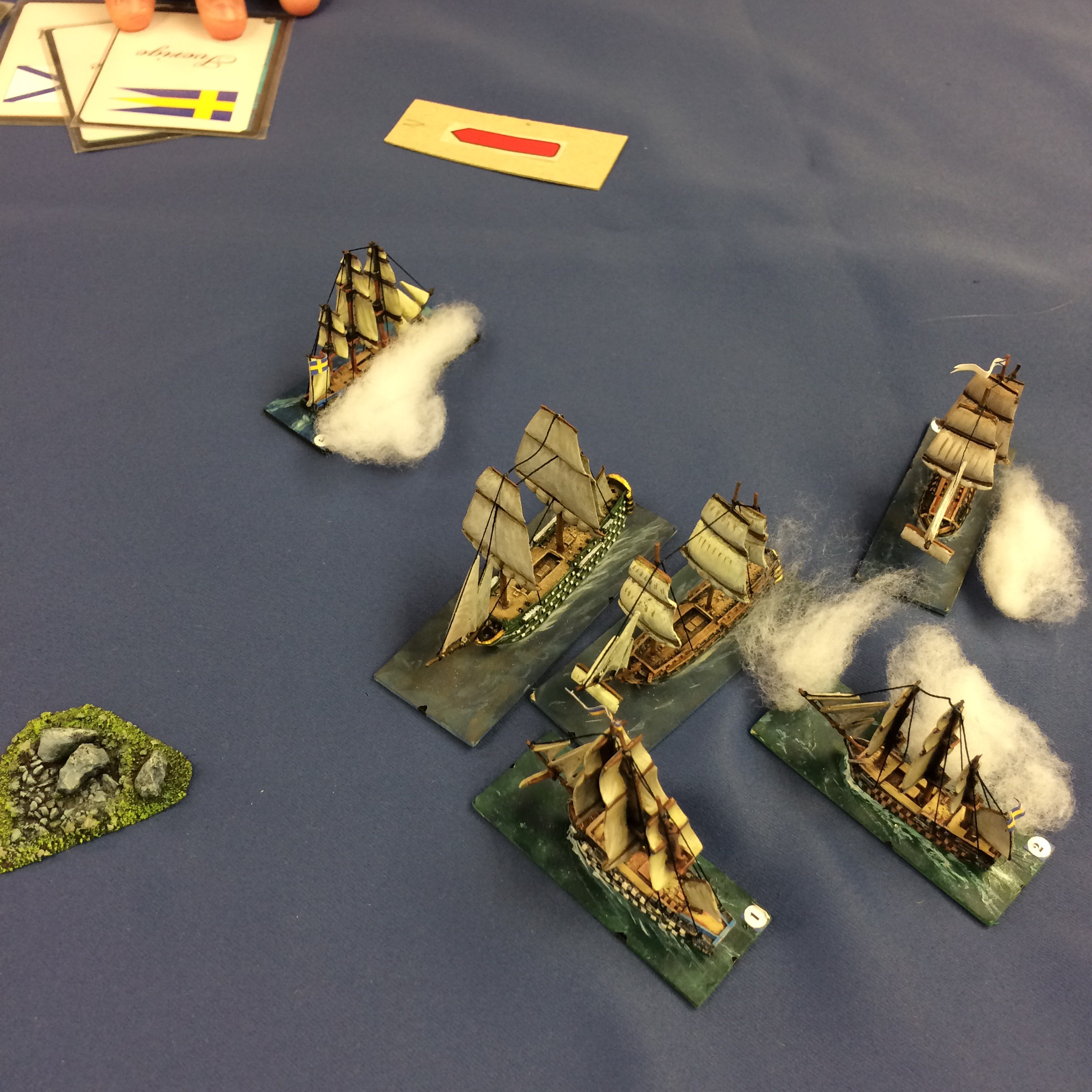 After summer holidays it was time for some naval action, this time with David Manley’s rather spiffing Form Line of Battle rules. Three ships a side, Swedes against Russians. Fun and furious game, but it might make sense to adjust the boarding rules to make it even more difficult to grapple and board enemy ships.

The Swedes managed to lose their flagship early on as captured, and the game ended with one of the remaining ships striking it’s colours after being shot to shreds. At least they managed to cause a fire in the rigging of one of the Russian ships.