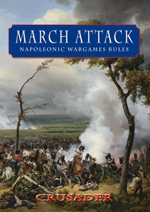 nappy March Attack  was supposed to work so dug up the board and 15mm miniatures for the largest battle of the Russo-Swedish War of 1808 that we did for our 1808 project.

With March Attack we noticed that the artillery ranges were extremely short, artillery fire with just a few guns was  extremely inefficient unless they were 12 pounders at point blank range, the infantry fire was lethal especially for such small battalions and that rolling for regroup with just one die roll for the formation was a bit chancy (better roll separately for each unit so it evens out in the end). All in all the system seems to be well suited for larger battles with plenty of formations being fed to the meat grinder after one another!

You can get the March Attack OB for the scenario from here. The original maps of the battle, General de Brigade OBs and a short recap of the historical battle are in our main 1808-09 scenario page here. 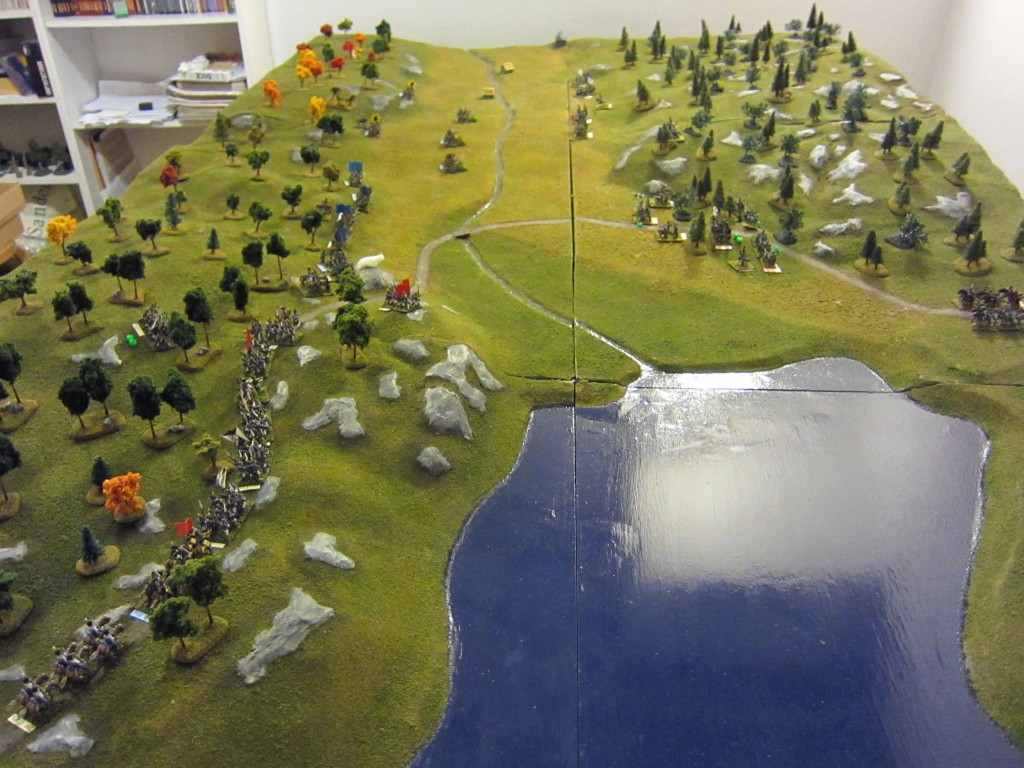 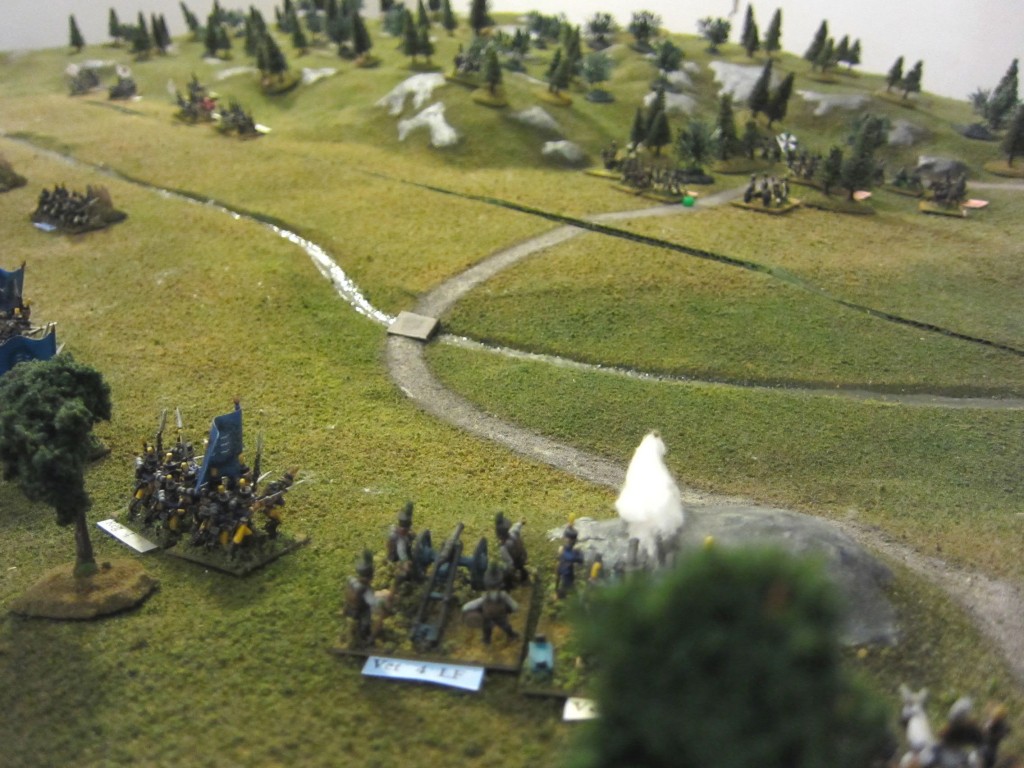 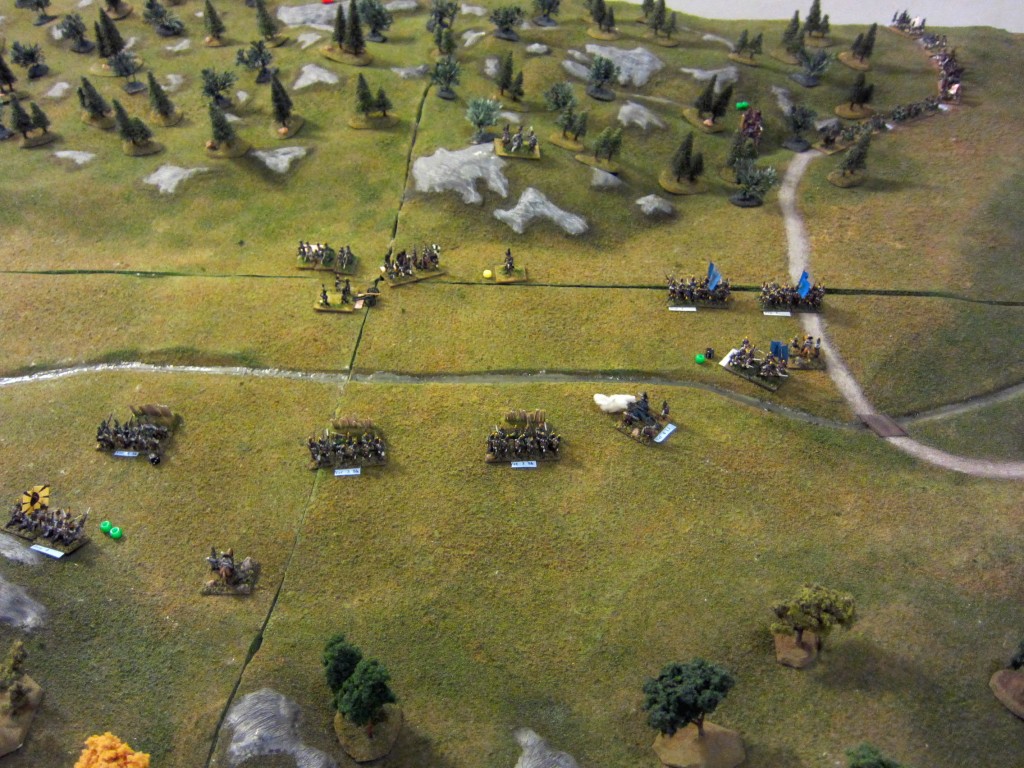 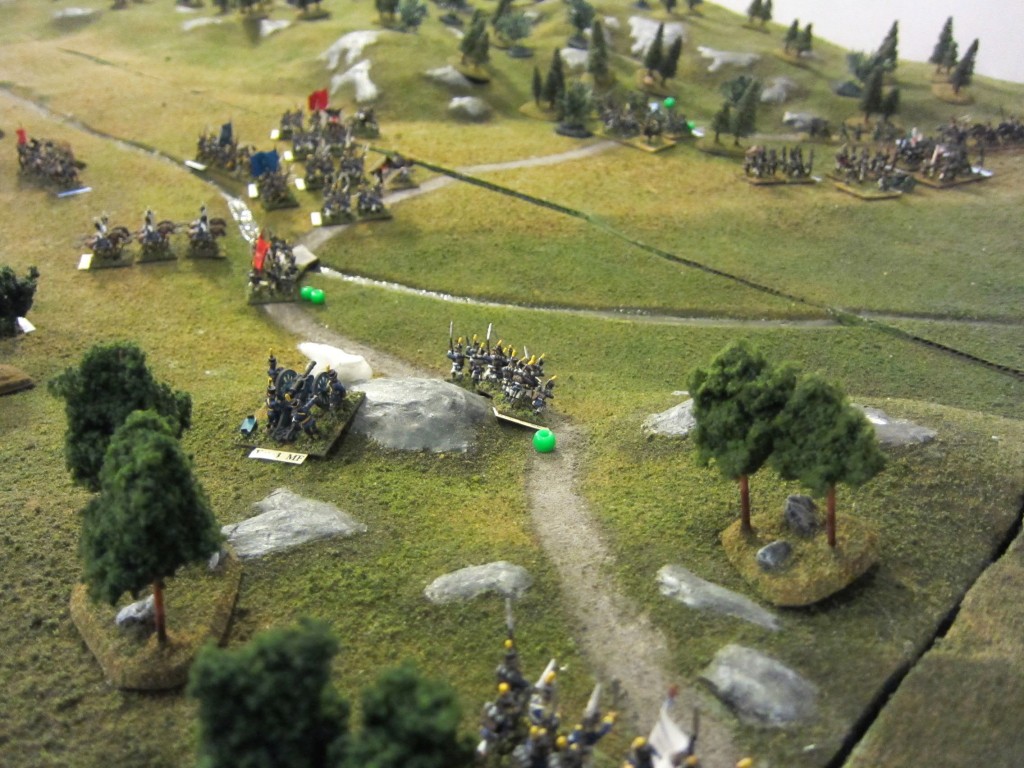 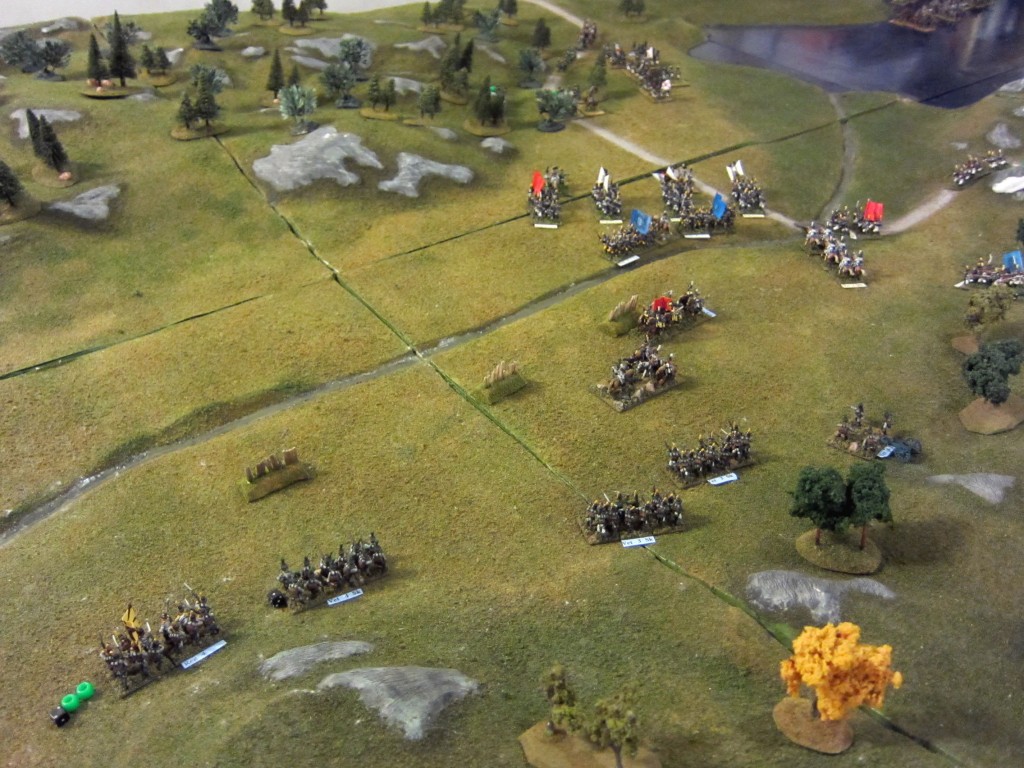 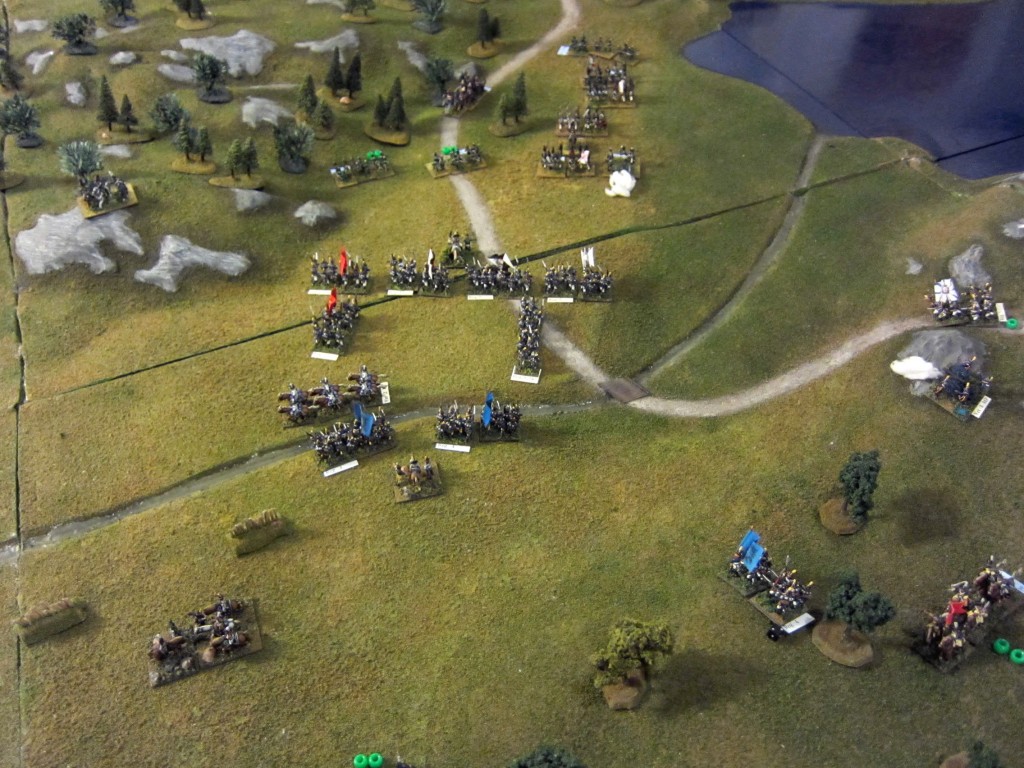 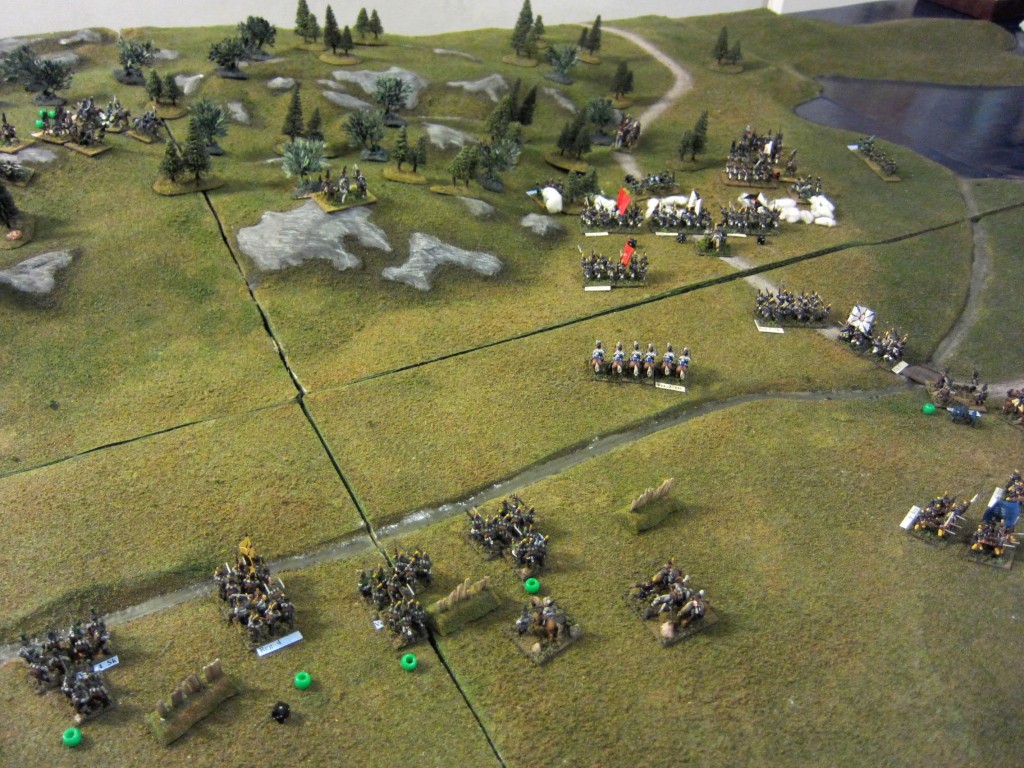 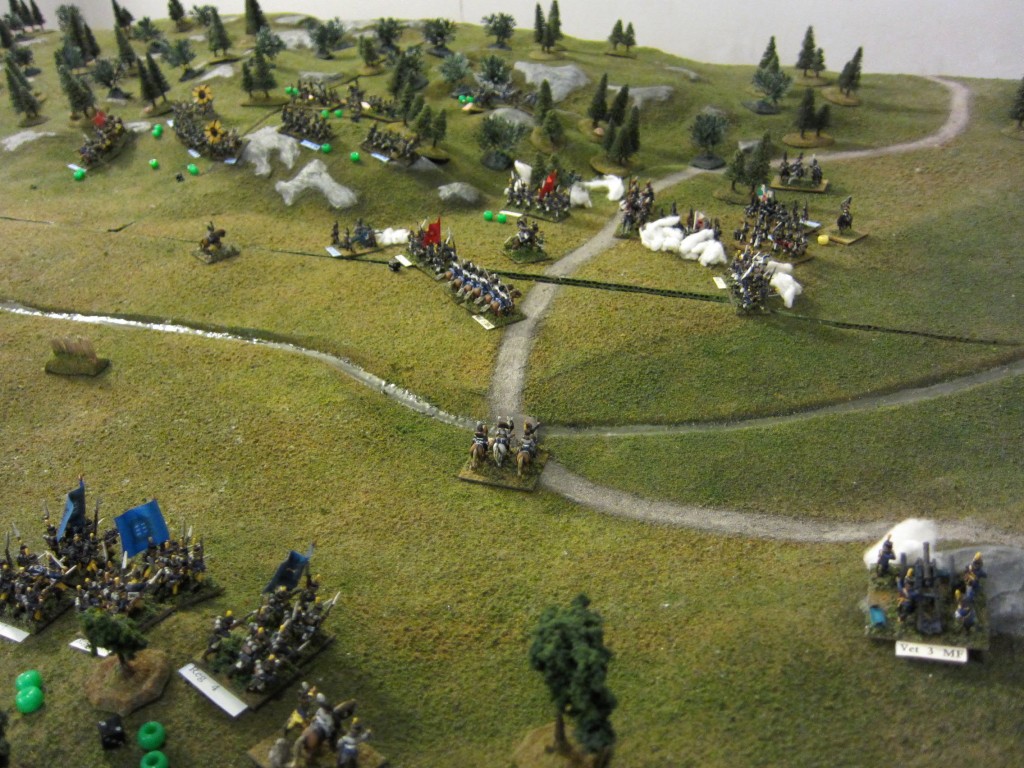 2 thoughts on “Oravainen with March Attack”