These scenarios are the battles that occured in our Blitzkrieg Commander campaing inspired by Operation Bagration, the Soviet 1944 summer offensive in Belarus. By this time the Soviets had truly mastered the art of Blitzkrieg, and in a lightning campaign they destroyed the German Army Group Center and liberated vast tracts of Soviet Union from occupation. Wehrmacht would never recover from the crippling losses suffered at the hands of the Red Army. 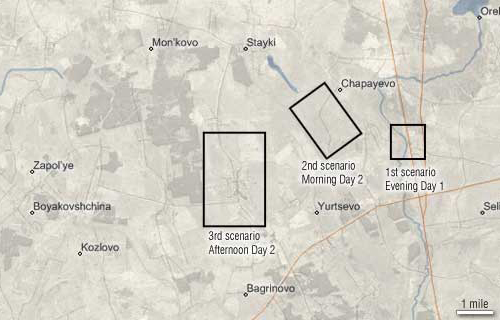 The scenarios are not balanced, some of them are decidedly one sided. For example the Soviets have an almost impossible task in Scenario 2. Feel free to tweak these if you intend to play them as competitive games. After action reports are available at our blog.