Some time ago we played a series of games set during Operation Bagration in Belarus in 1944. We used Heroics and Ros 1/300 figures and Blitzkrieg Commander Rules. I found this pic of my at-that-time fresh off the painting shelf Germans and thought to share a few points on how I based them. 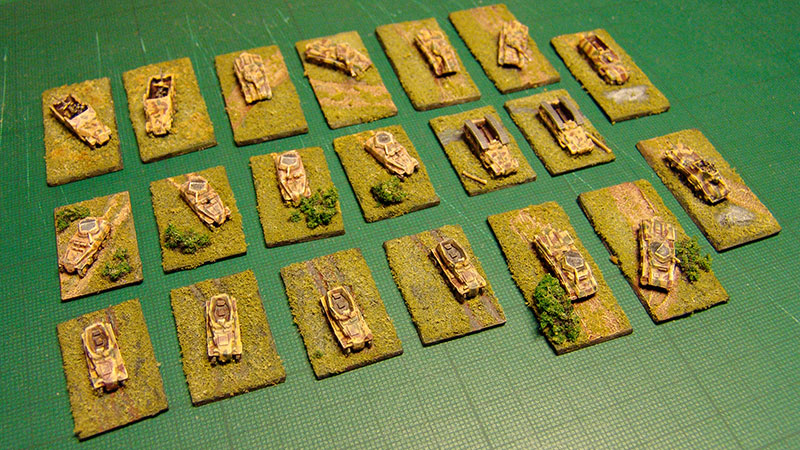 The base details indicate the type of the unit. As the figures look almost the same from a gaming distance, the terrain is used to highlight the unit capabilities. The engineers have just crossed a ditch and there are a couple of logs on the base, the indirect weapons have a bit of hill to hide behind, and finally the recce stands have some bushes. Worked quite nicely in my opinion.

The base is 1.6 mm artist’s board, covered with acrylic molding paste. While the paste is still soft I carved the roads, track marks and hills and marked the position of the model I had painted earlier (by pushing it into the paste). 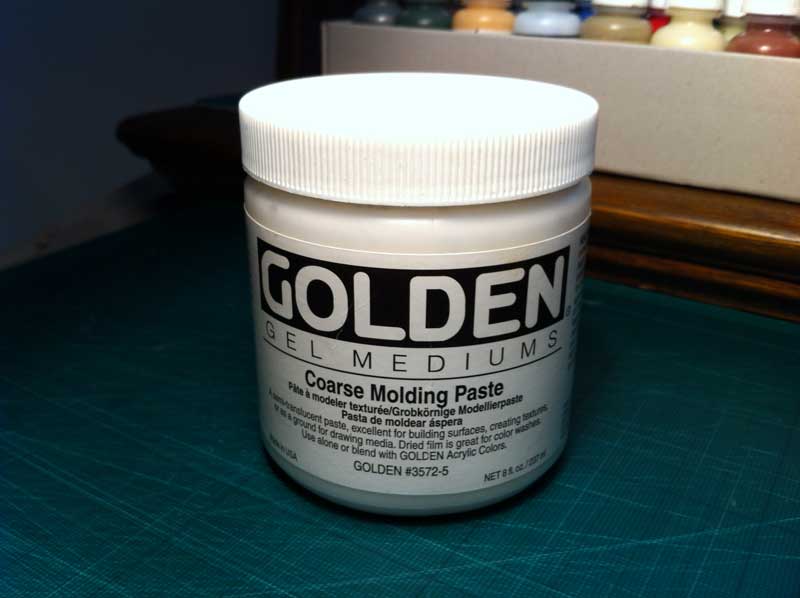 Once the paste had set I painted it brown, painted the roads and hills and flocked the grassy bits and glued on bits and pieces and brushes and things. I like to varnish the flocked base after the flock has set using Winsor & Newtons matt varnish.

For larger scale figures (15 mm and up) I’d skip flocking and use Golden Pumice Gel as the ground paste, and then paint and drybrush as required.