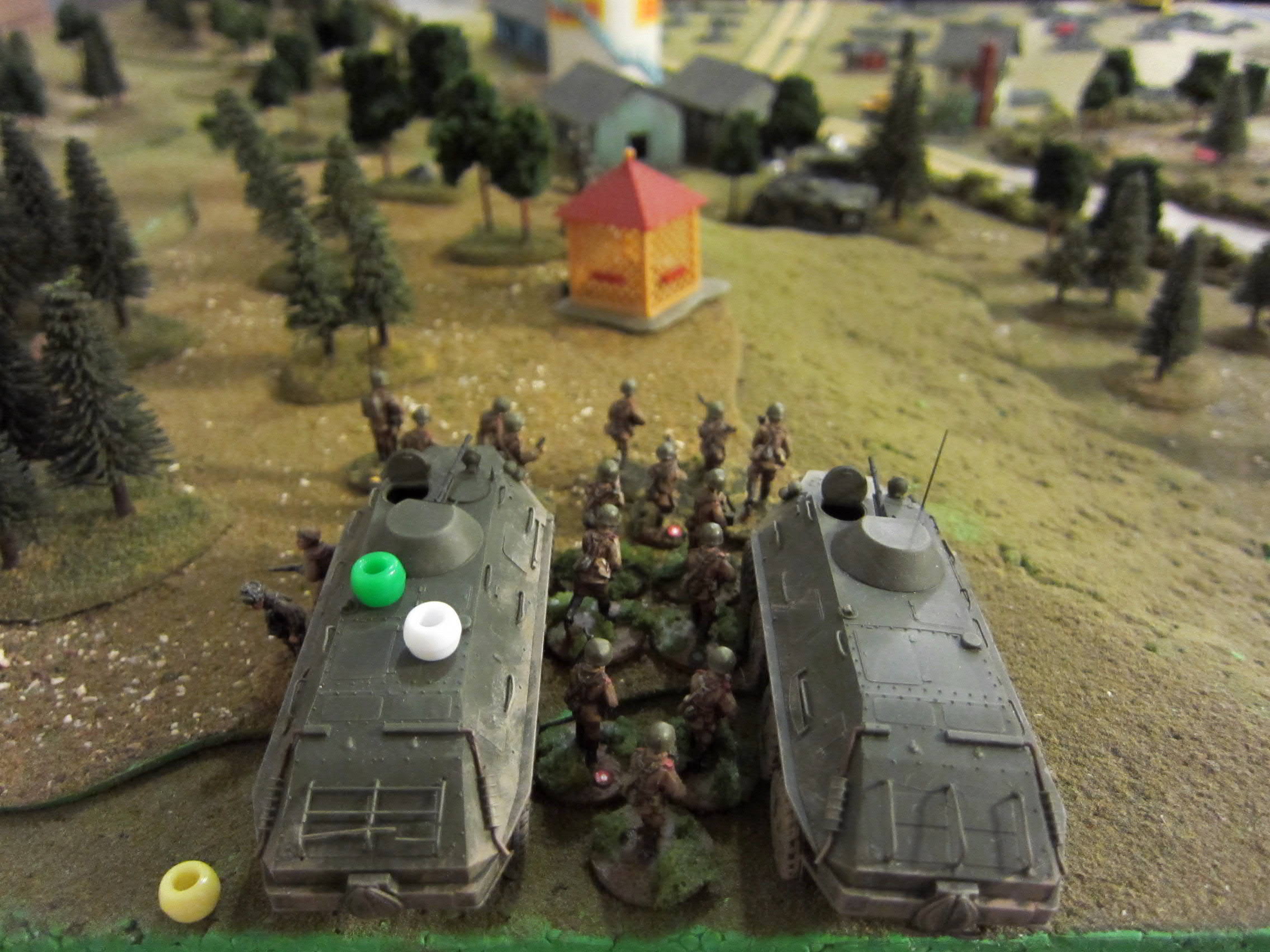 Moving from Blogger to our actual site with our after action reports.

Which also means that I’ll have to get off my lazy butt and polish up the pictures and write some texts as well. No more Mr Lazy Sod!

We decide to check how FoF’s own campaign system worked and decided to play a short campaign Germany.

Instead of randomly setting terrain Aksu had used Googlemaps or somesuch map provider to find out several different nifty locations that could randomly be used to base the terrain on. Which worked pretty darn well.

Jerries set up first, one squad in storage buildings, APC in the woods (probably with a fire team) and one fire team in the woods by the dreaded gazebo.

When Sovs were setting Janne encouraged everyone to enter just next to to gazebo in order to swiftly crush the Germans. Despite his initial protests Mr V foolhardily agreed to this. 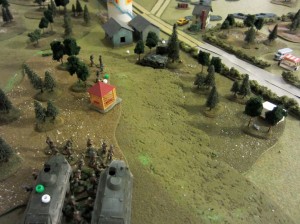 Different angle of the same situation. 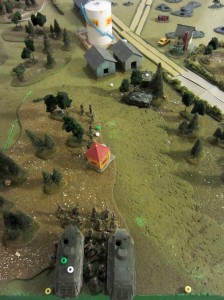 And here we have closeup of the silly Sov setup. 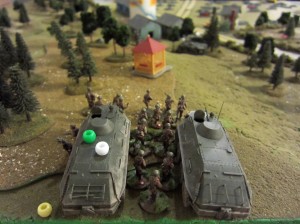 The gazebo-Jerries were armed with Carl Gustav which is truly a devastating weapon even against infantry so plenty of Sovs were blasted to bits from point blank range. They did manage to at least damage (perhaps even disable or was just the gun knocked out?) the German M-113 even if it was hard work penetrating all that aluminium with mere heavy machine guns (please notice sarcasm in the writing tone since the armored vehicles aren’t even close to perfect in the system…).

I seem to recall that the Jerries saw the situation rightfully as hopeless and turned tail.

Aksu had painted up all the stuff in 20mm using plastic models for the APCs and metal figures for the infantry. He also made some nifty mission cards that you can download. Jolly good show!