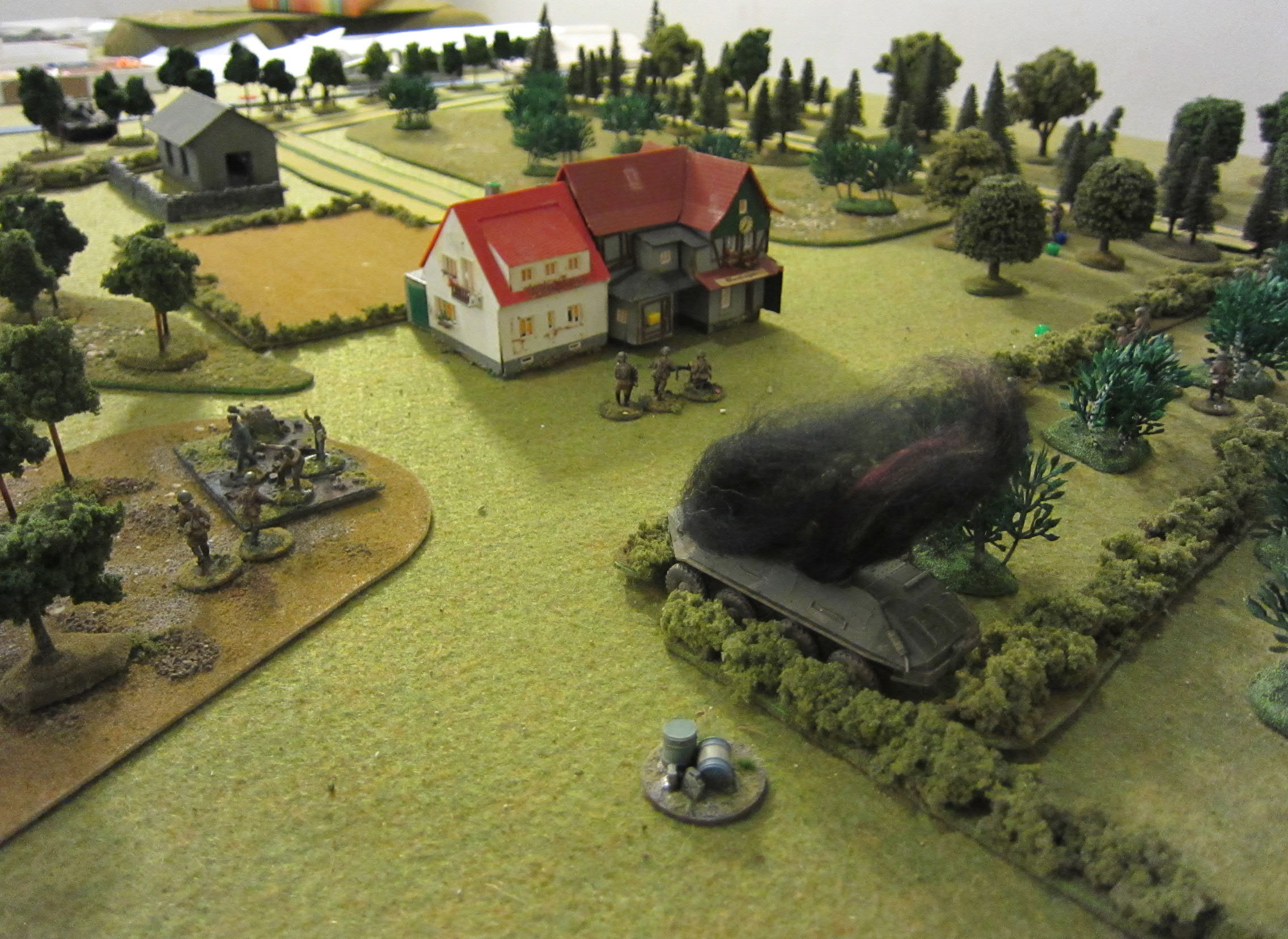 We got the FoF campaign rolling.
The games re actually very quick to run and you can play 2 or even 3 during an evening.
To add variety we had charts from which we could purchase assets for each game after rolling how much points we had to spend.

Unlike our normal games we also used the fog of war deck and it was somewhat a mixed bag. On the other hand it did give some variety, but then again some of the stuff is amazingly powerful and game breaking. Like the dedicated off board sniper which the Sovs got in two games. Heh, in at least three games “Hamburg has been nuked” -rumor card came up leading us to suspect that since the rumor was so darned persistent it must be true…

Book keeping for the casualties, replacements etc is bit tedious though and you need to devise a way to do it by yourself as there’s no nifty chart included in the rules. Also to casualty/replacement rules are as poorly written as the remainder of the rules so it isn’t working nearly as easily and intuitively as it should. OKish idea, poor execution.

Overview of the table. 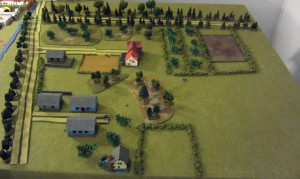 Sovs advancing towards the resort supported by the T-55 asset bought for this scenario mainly because we rolled enough points and had seen the devastating effect of tank support in the recent Syria game. 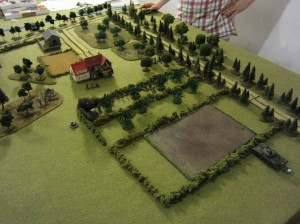 The last remaining BTR (the other must’ve been wrecked in the previous game) bought it but the infantry presses on. 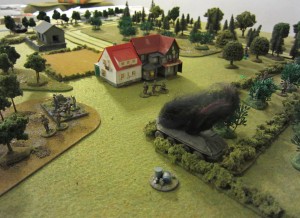 The shelling by the T-55 finally wrecked the resort building. 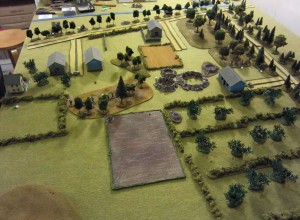 Securing the objectives. I think this is probably the only picture with some Jerries visible (just behind the forest area on the top right corner). 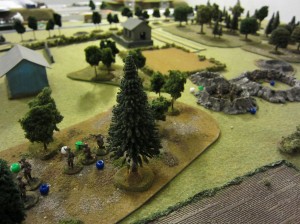 Some light wounds (orange markers) donät hinder the advance of the proletariat! 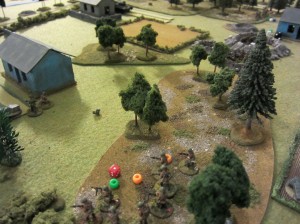