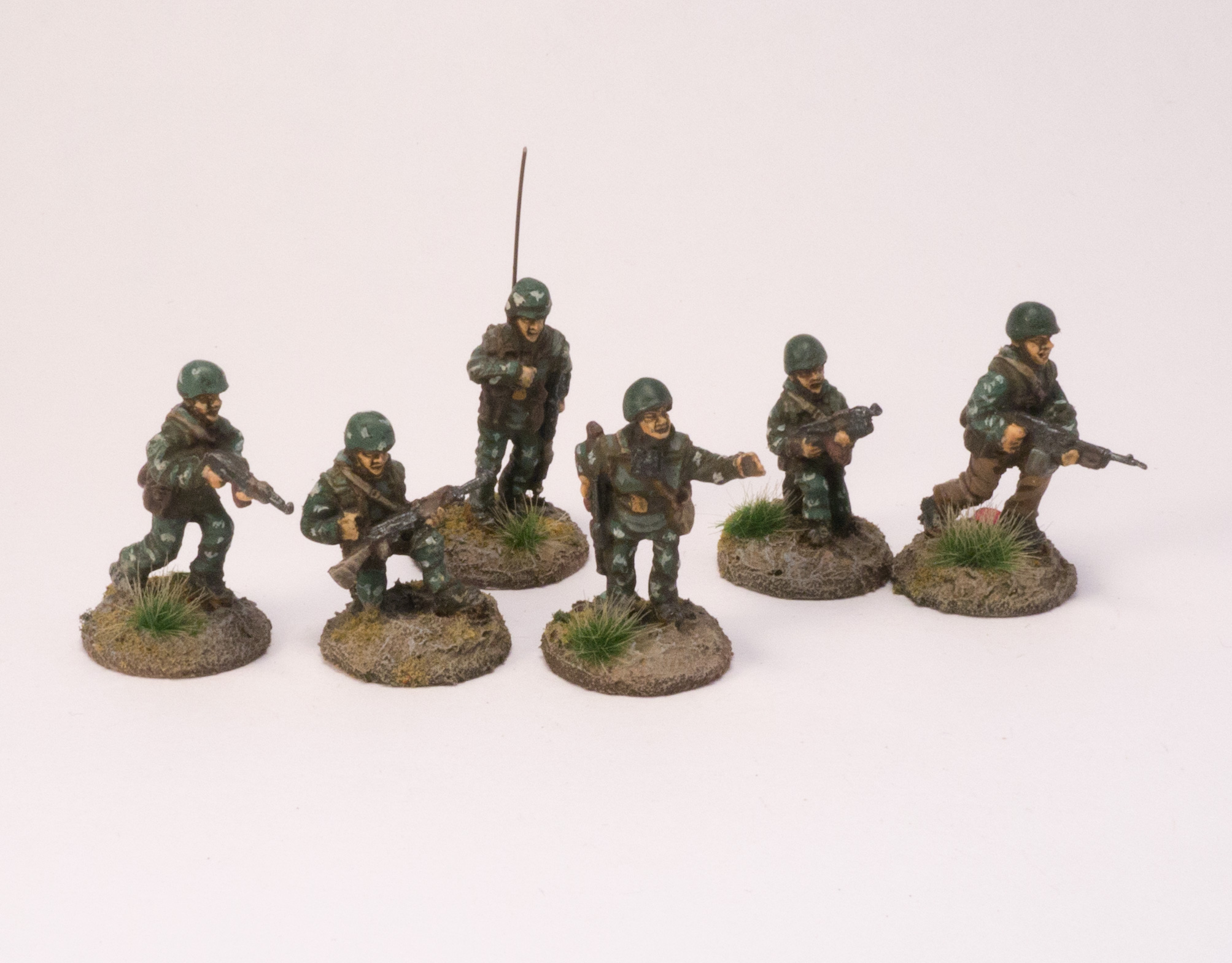 I have been painting some cold war era soviets for our Force on Force games. Sandsmodels from the UK has recently re-launched their 20 mm Soviet motor rifle infantry and VDV figures. They also do engineers and artillery crew. 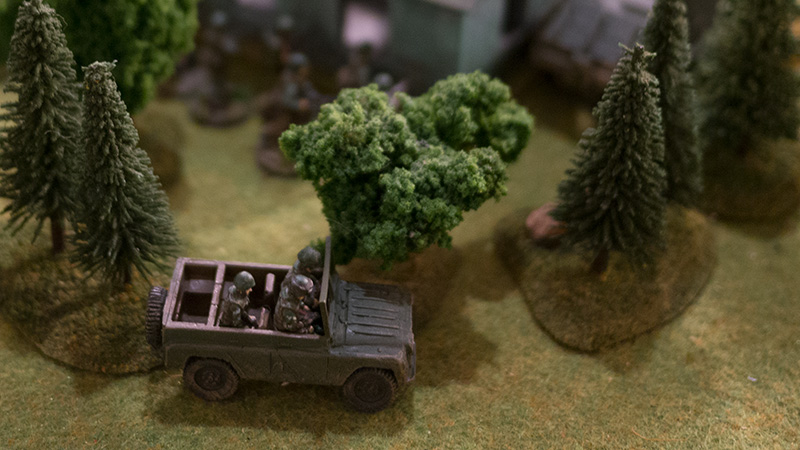 UAZ staff car. The nice resin model comes with four metal crew figures. The picture is from one of our Force on Force games set in 1984 West Germany. The soviets quickly learnt to hide their vehicles behind buildings after they saw what a Carl Gustav can do to anything on tracks or wheels. 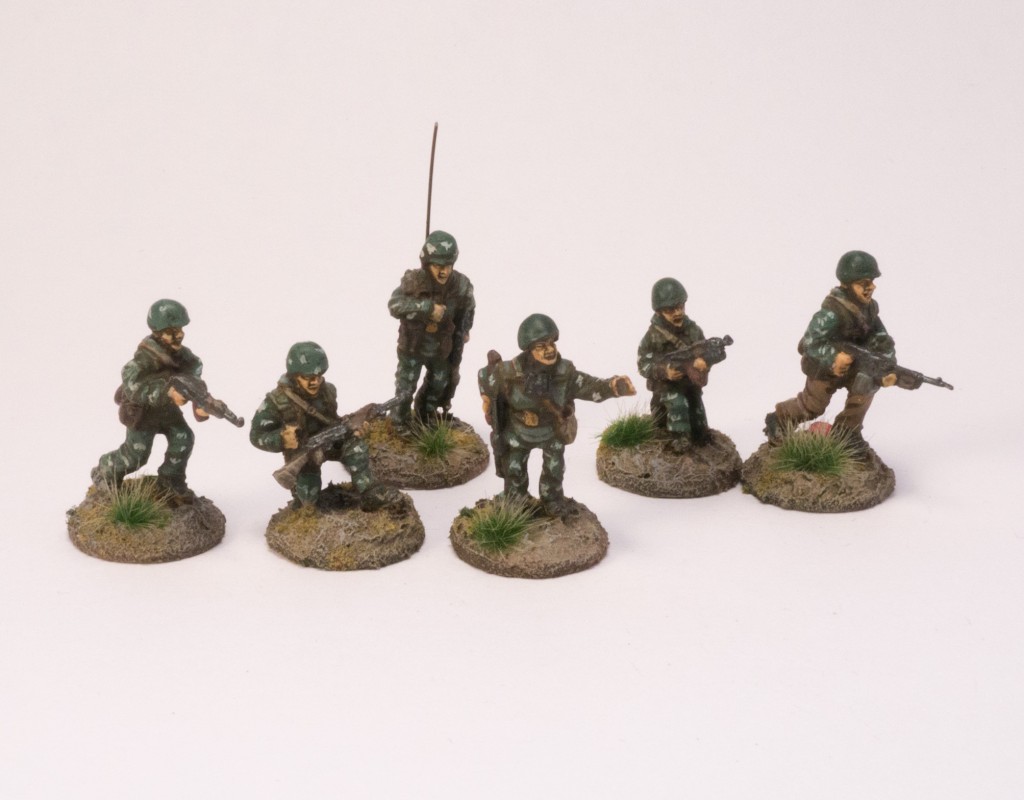 Shaun from Sandsmodels was a real gent and sent these figures to me even before they were officially launched. 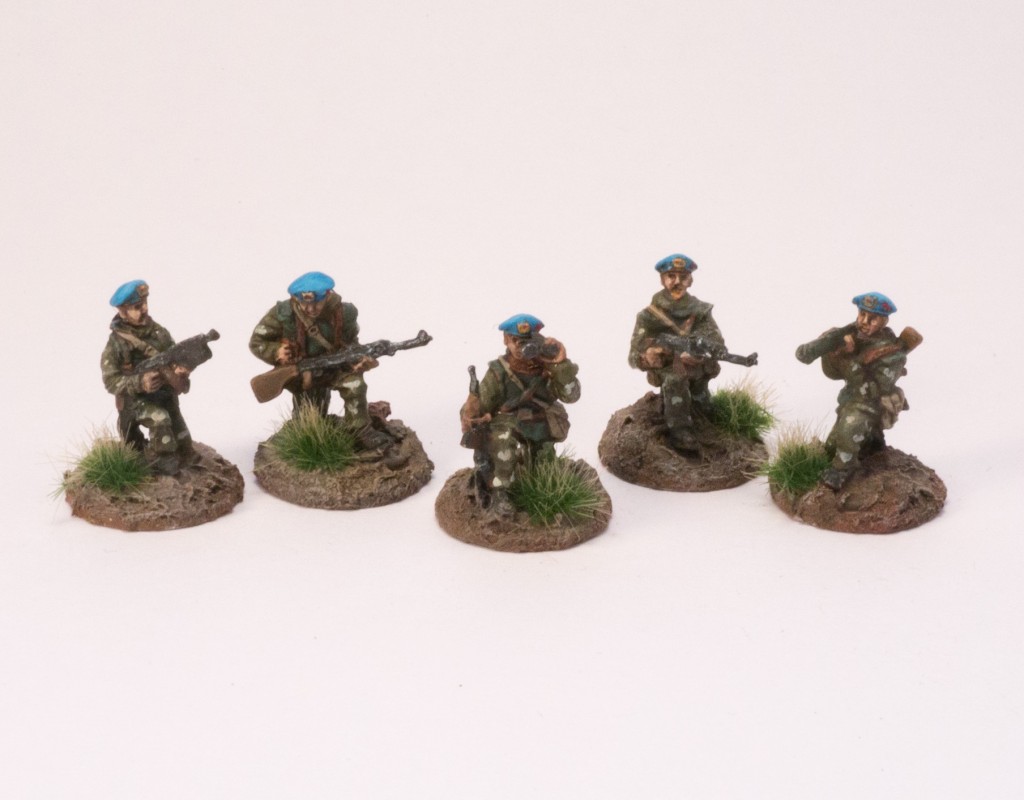 The VDV (paratroopers) are all wearing a beret, which is the only way to tell them apart from the motor rifle figures, as the distinctive striped shirt is not visible underneath the body armor.

The AT-4 on bases I modeled for upcoming Afghanistan battles. 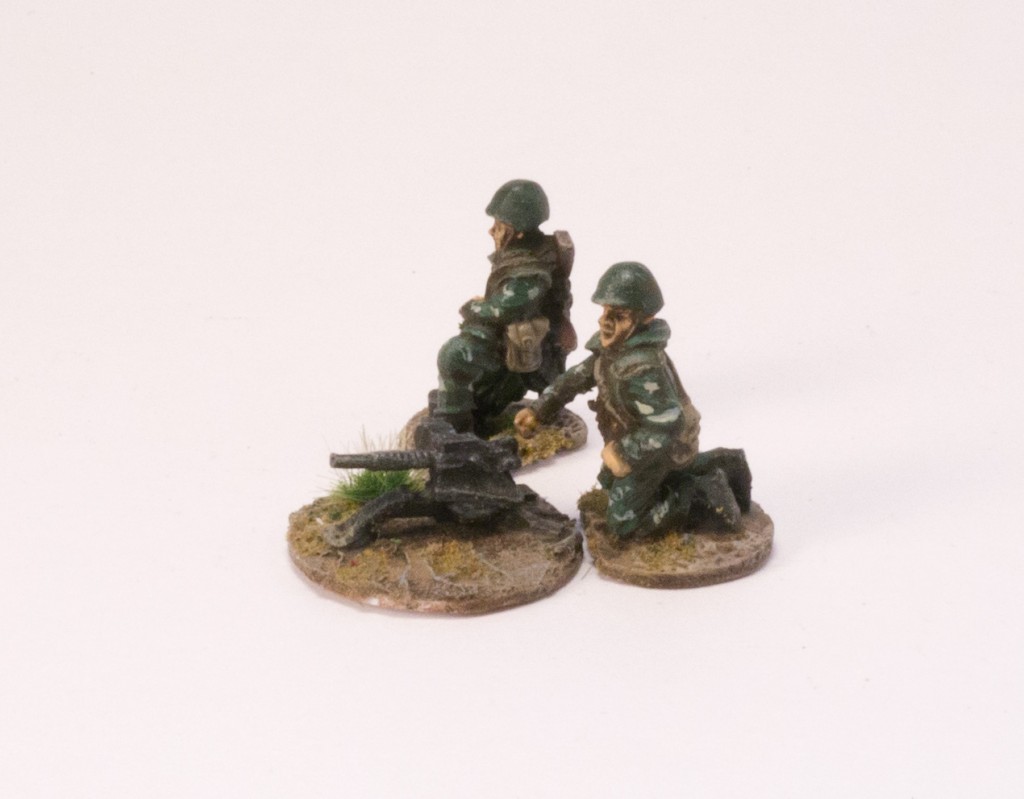 The figures are a nice addition to any cold war era force. The are all wearing body armor and camo smocks. The poses are nice and dynamic. In some figures the anatomy is not 100% natural, but not to an extent that would deter from using these figures for a good game. They mix nicely with my khaki-wearing figures from Elhiem.