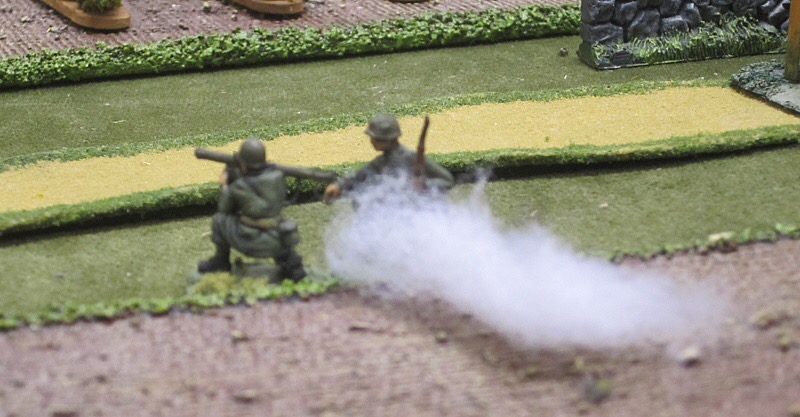 We are playing a campaign using with Chain of Command on the adventures of the 504th Parachute infantry during Market garden. In the first battle Eero’s platoon was sent to patrol the perimeter. Unfortunately the Germans  played a Panzers Marsch wild card and flung their massive tank reserves at the Americans. Two Panzer IIs spearheaded the jerry assault on the thin green line. The American bazooka teams and anti tank rifle grenades were ineffective against the thin krupp steel behemoths and Eero had to disengage after losing several of his men. On hindsight he should have left the field sooner. 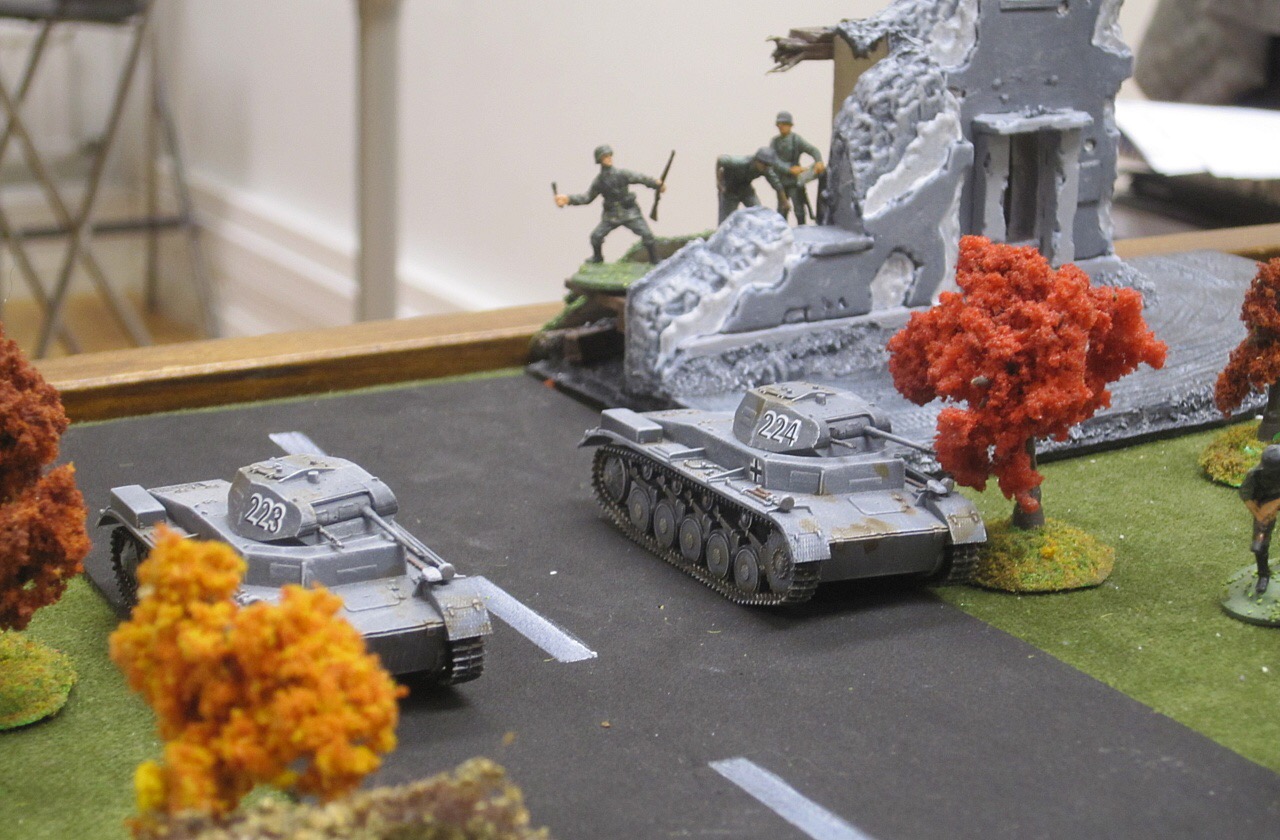