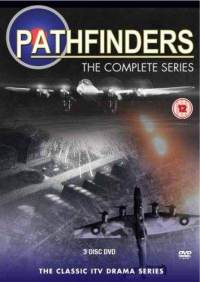 The British have always been able to make top-notch gritty war drama. One of my favourites was the 1970s TV series “Pathfinders”. I remember wathching it with my dad from our tiny black and white TV. I was overjoyed to find it is again available in DVD. What better way for a gentleman gamer to rest between fierce bouts of gaming and painting than to light a pipe, turn on the good old telly and watch proper old time programs.

The series portrays the destinies of RAF airmen flying Lancaster bombers in a pathfinder squadron. It does not shirk away from despictions of combat stress, fear and panic during a mission,  disillusionment with the war,  and sheer dogged determination to get on with the job.

All very fitting when telling the stories of men serving in a force that suffered over 60 per cent casualties during the war, and whose  contribution to the war proved to be the one of the most controversial in the allied war effort.