Blitzkrieg without an umpire 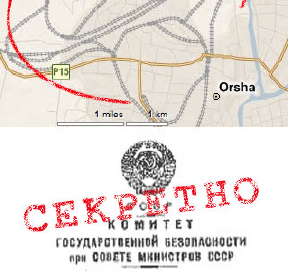 Blitzkrieg without an umpire

Some time ago I hosted an Eastern Front 1944 Campaign for the club. As I was actually living in the UK at the time, I had to come up with a way to create some umpire-led confusion into games I couldn’t physically attend.

I wanted to script a sequence of off-board events, that would be hidden from the players, and the events would be revealed to the players without an umpire being present. I came up with a solution where each side has a playsheet with keywords they will say to the opposition at defined points in the game, and a decode list with explanations of the words their opponents say.

For example, the German player would say on turn 6 “Dumka” to the Soviets, who would look it up from their sheet. It would state: “German defences collapsing South West of Monkovo”. This would indicate to them that maybe their reinforcements might be able to enter the game board soon.

The Soviet players were emailed their playsheet, and the Germans theirs. The players could see a list of possible events, but this list of events the player saw in the play sheet was longer than the number of events = keywords I had scripted into the scenario. Some of the events were positive, some negative. Since the players saw the complete list of possible events, most of them bogus, they hopefully suffered from appropriate levels of anxiety even without an umpire present.

The scenario handouts are attached for your enjoyment. The Blitzkrieg Commander orders of battle are not included, the interesting parts are the keyword – event combinations. You can follow the actual events by comparing the e.g. German playsheet keyword sequence to the events in the Soviet playsheet.

German playsheet. (don’t mind the typo in the title, it is indeed the German play sheet).