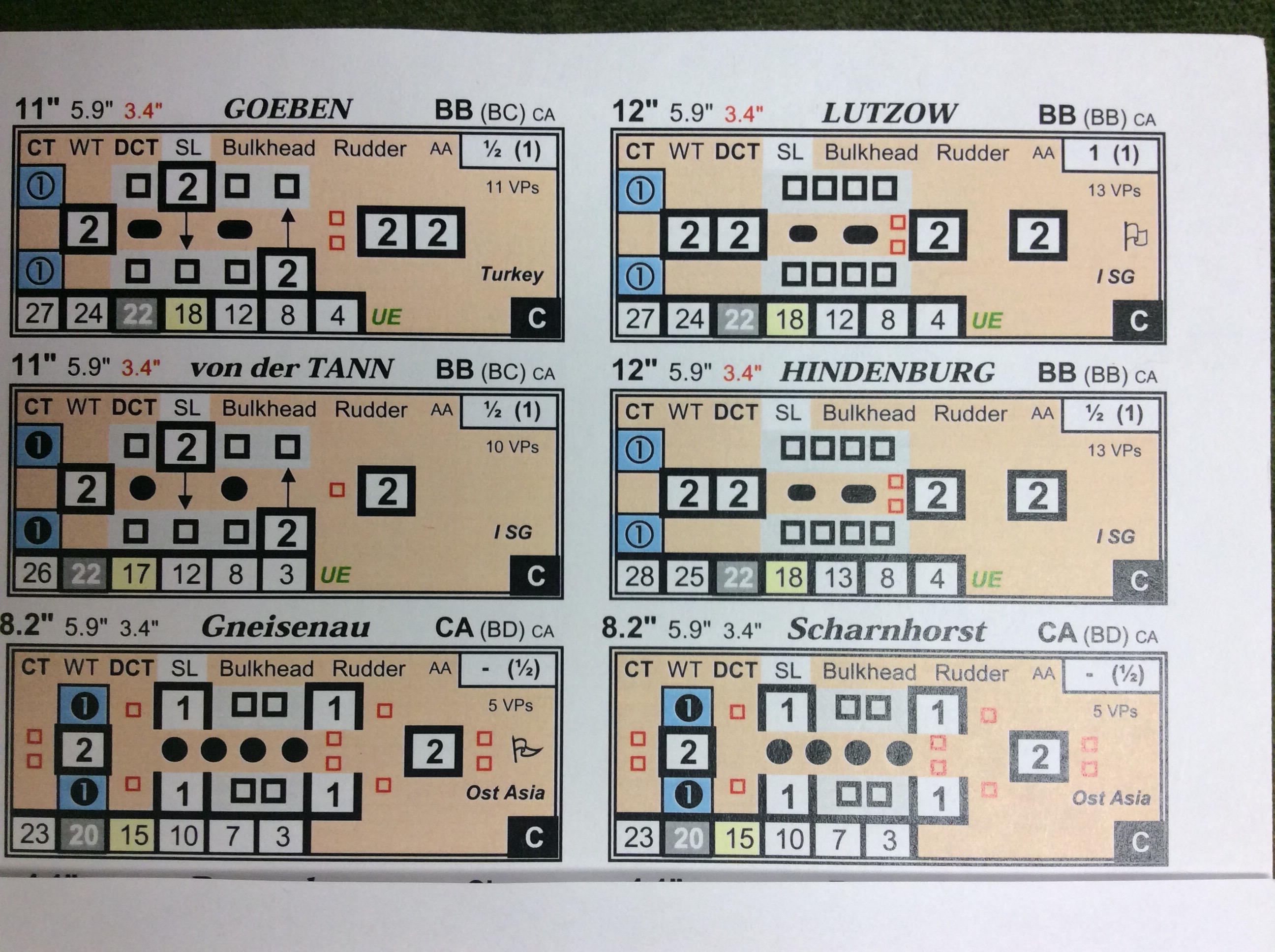 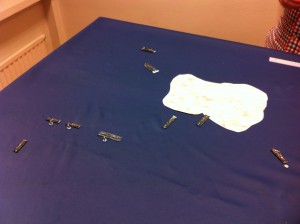 We fought out the Battle of Coronel using 1/3000 ships from Navwar and the Stations Manned and Ready 2 rules. In true wargaming fashion both admirals were aggressive. The Royal Navy proved to be a tough nut to crack for the German squadron. Scharnhorst suffered an embarrassing steering hit that caused the heavy cruisers to steer off at a critical moment in the fight. A further setback was a lucky shot by the British flagship Good Hope straddling Gneisenau and one nine inch shell exploding on the bridge wounding the captain.

In the final moments of the fight the British hail of fire proved too much to the captain of Dresden, who lost his bottle and retired from battle. These unfortunate events took some of the joy away from the victorious Germans. Otranto had been reduced to a flaming wreck, her crew taking to the lifeboats, and Good Hope listing badly with the superstructure shot into pieces. The British admiral decided to surrender to spare the lives of his men.

After this game we tried out General Quarter 3 rules, pitting Canopus against Scharnhorst and Gneisenau. The battle started well for the British, the German shells bouncing harmlessly off the well armored battleship. Gneisenau was twice hit  by lethal salvoes, losing half of it’s main armament, taking water and losing steam. Scharnhorst pressed on and managed to close the range. The fast firing German guns found the range, and at less than 4000 yards pummeled the aging battleship into submission. A costly victory to the German raiders.